Colleges Move to Virtual and Hybrid Instruction for Fall 2020
 “If you were to design a place to make sure that everyone gets the virus, it would look like a nursing home or a campus.” Those prophetic words, spoken by Paul LeBlanc, president of Southern New Hampshire University, predict the future of higher education for the fall 2020 term. With so much at stake, schools are already announcing plans to continue either virtual or hybrid classes for the foreseeable future.

The California State University system was the first to announce its decision to retain the online format for fall 2020 across all 23 of its campuses. Chancellor Timothy White announced a CSU Board of Trustees meeting on May 12, citing nonpartisan academic researchers who predict additional waves of COVID-19 infection occurring in late summer/early fall and possibly into the start of 2021. Given this scenario, White stated that the online approach to education is necessary “because a course that might begin in a face-to-face modality would likely have to be switched to a virtual format during the term if a second serious wave of the pandemic occurs, as forecast.”

There will be some exceptions to the online-only mandate, however. Certain courses of study which require experiential learning – such as nursing, life science labs, agriculture, and specific aspects of engineering and architecture – will take place in person but will be structured in a manner consistent with public safety guidelines.

Harvard Medical School has also committed to a virtual platform for its incoming medical, dental, and graduate students. Harvard, known for its commitment to hands-on training, is working in conjunction with affiliated hospitals to design in-person research and clinical experiences for returning students. Guidelines dictate that “students not be involved in the care of confirmed or suspected COVID-19 patients.” Harvard notes that it “hopes to have all students back on campus by January, but we are mindful of the many unknowns and will update our projections as new information becomes available.”

Most schools have demonstrated reluctance to commit to a specific path until more data about the trajectory of COVID-19 is available. Institutions as diverse as UCLA, University of Pennsylvania, and Wayne State University (Michigan) have announced plans to move to a virtual platform with the intent to pivot to in-person instruction as soon as it is safe to do so. Other schools, such as the University of Colorado Boulder, have formulated plans for “hybrid” instruction. Most courses will occur via a virtual platform, but some smaller classes may be held in-person, and residence halls will not be filled to capacity. “We’re going to have to look at ways of making sure that we have space in case the coronavirus comes back, and we have to quarantine students,” explained Philip DiStefano, CU Chancellor. Penn State is also investigating ways to maximize “single bedroom living for students.”

Interestingly, colleges and universities have yet to announce tuition cuts in response to the move to virtual platforms. Already reeling from the loss of projected income since the shutdown of campuses began in early March, coupled with refunds to live-in students who were unexpectedly forced to vacate on-campus residences, these institutions are instead moving to staff furloughs or reductions, slashing athletic programs, and eliminating adjunct professionals as cost-cutting measures. Some have had to dip into endowment funds to close the financial gap for this year. A majority of schools are still formulating game plans, waiting to see how the pandemic trends before making any definitive announcements.

Education experts predict that while Ivy League schools will continue to be selective with student admissions, smaller private institutions and community colleges will benefit from relaxed admission standards and the unpredictable economy. Highly regarded state institutions are predicted to continue on par with current standards.

For the time being, the pandemic situation remains fluid, and the next two months will bring new revelations as higher learning institutions adjust to the new normal of virtual instruction. 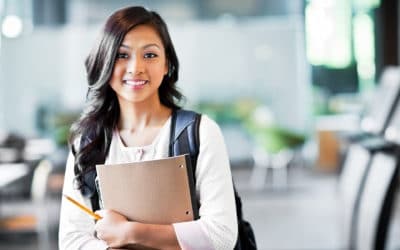 It’s true! The economic chaos initiated by the pandemic has inspired an overhaul of the burdensome FAFSA under the COVID-19 relief legislation included within the Consolidated Appropriations Act of 2021. The new form has been streamlined from 108 questions down to...

END_OF_DOCUMENT_TOKEN_TO_BE_REPLACED 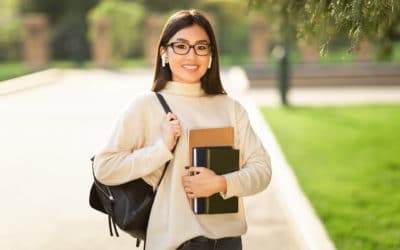 With the fall semester well underway, colleges and universities across the country have been hoping to keep COVID infection rates to a minimum. However, despite rigorous viral testing regimens, intensive sanitizing, and drastic reductions in student presence,...

END_OF_DOCUMENT_TOKEN_TO_BE_REPLACED Life has been full of gloom and doom for months now; between the pandemic and massive unemployment, 2020 has been an upsetting and confusing time across the globe. IECs have certainly felt the impact of the financial downturn, as nearly every segment of the economy touches their business in some way. There is fear that the uncertainty surrounding higher education will lead to a precipitous decline in new clients and that this temporary decrease in students could lead to the demise of their businesses.